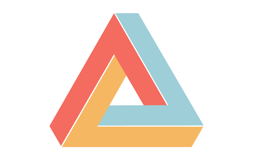 Caught up in the accusations against the former President of South Korea and reeling from its Galaxy 7 battery blow-ups, Samsung is now launching what it hopes will be the saviour of the business. Whether Galaxy 8 achieves that will depend on how Samsung and South Korea deal with the ethical fallout from the scandal that has threatened to engulf both company and country. South Korea and Samsung do not have exclusivity of being accused of corruption. They do dramatically illustrate how the dangers of big business power crossing government rule can become a toxic cocktail.

At the heart of democracy is independence of the law from the executive. You would think that in a country of 350 million people it was easier to keep judiciary and executive apart than in a country of, say, 5 million people. It certainly ought to be. The United States is struggling to maintain independence for the judiciary in the face of a dictatorial and aggressive President. It looks as though an independent judiciary may be winning, although the price if it does will be politically high and the spectacle, unseemly.

Everywhere in the world power shifts depending on the strength of the people exercising it. What is it that makes the truly powerful so strong? To deny that force plays a part would be delusive. A bigger army enables you to be a bigger bully. Kalashnikov-delivered orders are more rigorously obeyed than those spouted from a pulpit. In the short run, force is king. The fallout from such behaviour is more dangerous than the problem that caused the order.

Personal ethics, moral standards and decent behaviour are the foundation of civilisation. Take them away and you are left with a jungle. Some would say we already live in one. It is not true. Vast numbers of people all over the world know that how you treat your neighbour is how you will, sooner or later, be treated. These people, venal, selfish and hedonistic as at times they are, like all of us, nevertheless try for the most part to live decent lives.

I count my eleven grandchildren among this group. Now mostly in the twenties and thirties they are all doing brilliantly, leading good lives and making their ways in the world. They make their parents and grandparents proud. But what example is being set for them by Trump, Putin, Duterte, Park Geun-hye, Lee Jae-yong, and others? Appalling – but short-term effective. Can they be persuaded that life is more than your own? Do they think that what they leave behind should be a demonstrable improvement on what was left to them? You don’t have to believe in eternity to understand that there is a future.

If South Korea and Samsung want to be commercially successful they will become the leaders in high moral and ethical standards, an example for all countries and businesses. Their system will combine education and law with the emphasis on the former. They will lead the way with a religion of YOU in which your fellow human is the object of attention and honour not for what they can do for you but for what you can do for them.

The views of the world are changing. The lost religious beliefs have left a vacuum. It is being filled by people who think that while this life is enough their descendants ought to have an even better one. New standards come from strange places.

Let South Korea and Samsung demonstrate the truth of that. And win.